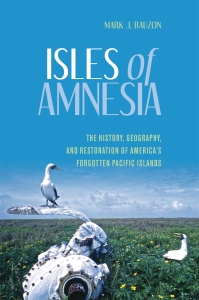 An article in JSTOR Daily by Juliet Lamb shares some of Mark Rauzon’s perspectives about the 1960s Pacific Ocean Biological Survey Program expedition to remote US islands in the Pacific. Rauzon explores the history of this and other little-known incidents in his recent book, Isles of Amnesia: The History, Geography, and Restoration of America’s Forgotten Pacific Islands.

“Biologist Mark Rauzon, who spent many years studying documents related to the Pacific Project, has come to understand that the scientists themselves may have been guinea pigs for defense tests. Over fifty germ warfare tests were conducted in the Pacific during the 1960s, with substances ranging from harmless bacteria to rabbit fever. In the course of the tests, passengers on Pacific Project ships, which transported both military personnel and associated biologists, were exposed to harsh chemical cleansers, and the “harmless” bacteria have since been linked to a variety of debilitating conditions. Veterans who suffered adverse effects have been unsuccessful in requesting government compensation. Though no POBSP personnel have reported health effects, many may have been exposed. Rauzon’s efforts led to the release of many of the military’s documents related to the project, but complete records may never be provided.”

Read more on this in Rauzon’s 2006 essay, “Live Ammo: Testing of Biochemical Agents on U.S. Sailors,” that appeared in The Asia-Pacific Journal.

Other news on the book:
The Island Studies Journal review of Isles of Amnesia calls it “an interesting, thought-provoking and entertaining read” and “a good resource for scholars interested in these lightly-studied islands.” See the full review by downloading the PDF of the ISJ book review section (scroll down). 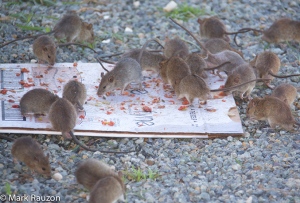