“Sunny Skies, Shady Characters by James Dooley—Hawaii’s bravest investigative reporter—recounts the secret history of Hawaii that all of us have been waiting for: a book of shocking revelations, featuring a cast of thieves, heavies, enforcers, and yakuza thugs and sneaks who have so intimidated the islands that the truth of their villainy has been suppressed—until now. At last, we know where the bodies are buried, and who buried them.” —Paul Theroux

“The stories recounted here were once front-page news and they lose none of their timeliness in the translation into a book. For those who lived through those times, the book is an opportunity to recall the scandals and scoundrels that infested Hawai‘i, and for those too young to remember, it is a reminder of why a vigilant press is an essential ingredient to an informed public.” —Gerald Kato, associate professor of journalism, University of Hawai‘i at Mānoa

Veteran investigative reporter James Dooley revisits highlights of his journalistic career in Sunny Skies, Shady Characters, revealing entertaining backstories on how he chased high-profile scandals of crime and corruption from the 1970s into the 2000s. In the process, he provides an insider’s look at the business of journalism and the craft of investigative reporting. For a glimpse at the people and cases he covers, take a look at the book’s index here.

Although warehouse stock has only just arrived in Hawai‘i, the book has already triggered memories and discussion due to early media attention, especially preview excerpts that appeared in the August issue of HONOLULU Magazine (released in late July). Civil Beat columnist Neal Milner wrote last week, “As Dooley shows, some of the corruption in Hawaii, like [Ronnie] Ching himself, was bloody and sinister, involving the Mob, Yakuza, and pitched battles between rival Teamster Union members. Other scandals like the Bishop Estate and Kukui Plaza affairs, may not have involved violence, but in their own way they were as outrageous, crude and blatant as a Mafia hit.” David Shapiro’s book review in Sunday’s Honolulu Star-Advertiser stated, “his greatest hits were darned impressive, and it’ll likely be enough for Sunny Skies, Shady Characters to join the short list of books considered must-reads for those seeking to understand Hawaii.”

EVENTS (most recent listed at the bottom)
• Author James Dooley will give a Center for Biographical Research brown bag talk on Thursday, September 3, noon to 1:15 p.m., in UHM Henke Hall 325.
• Join us for HONOLULU Magazine‘s downtown pau hana talk and book signing on Wednesday, September 16, from 5 to 7 p.m., at the Hukilau restaurant (1088 Bishop Street). Click here for the e-invite.
• On Saturday, October 3, starting at 12 noon, Dooley will sign at Barnes & Noble, Ala Moana Center, following an appearance at the Perry and Price Saturday Morning Show broadcast live from Jade Dynasty restaurant, also at Ala Moana Center.
• Head over to the windward side of O‘ahu on Saturday, October 10, noon to 1 p.m., for a signing at BookEnds in Kailua (Kailua Shopping Center, 600 Kailua Road).
• On Saturday, November 7, Jim Dooley will be one of a dozen authors signing at the Daughters of Hawai‘i’s annual Book Day at Queen Emma. (Another veteran journalist, Denby Fawcett, will be there to sign her book, Secrets of Diamond Head.)
• Dooley joins two other authors (Kusuma Cooray and Leslie Hayashi) at the UH Manoa Bookstore‘s Preview Night, Thursday, November 19, 5 to 7 p.m.
• UH Press is partnering with University of Hawai‘i at Manoa’s Hamilton Library in hosting a new lecture series, Laha Mau Book Talks. Jim Dooley will present the second in the series on Thursday, December 9, starting at 4 p.m. in room 301.

For further details, please check back on this post or contact Carol Abe in the UH Press marketing department.

MEDIA (see also the above links)
• Political analyst Dan Boylan gives high praise to the book in his October 7 MidWeek column. See page 10 of the print replica edition.
• On Thursday, October 8, Jim Dooley was on HPR2’s “Town Square” guest-hosted by Neal Milner. The show aired live at 5 p.m. HST and is now archived for later listening.
• Click the highlighted text to listen to the interview by Chris Vandercook on the August 25 “The Conversation” show on HPR2 and the hourlong discussion on the August 23 Carroll Cox radio show.

Please join us on Sunday, August 10, 2 to 4 p.m., at Native Books/Nā Mea Hawai‘i, as UH-Mānoa history professor John Rosa gives an illustrated talk on his book, Local Story: The Massie-Kahahawai Case and the Culture of History. He will discuss how he researched the book and why the 1931-1932 case continues to have relevance in today’s Hawai‘i. While other books have told the “true crime” details of this case before, Dr. Rosa retells the story and shows how this narrative explains the beginnings of a non-white, “local” identity among Hawai‘i’s working-class people.

Light refreshments will be provided at the free presentation and books will be available for purchase and signing. Native Books is located at the ‘ewa end of Ward Warehouse (1050 Ala Moana Blvd.); phone: 808-596-8885.

Read more about Dr. Rosa’s research on the book in Kaunānā, UH-Mānoa’s online research publication. Also, listen to his April 2014 interview on HPR2‘s The Conversation. 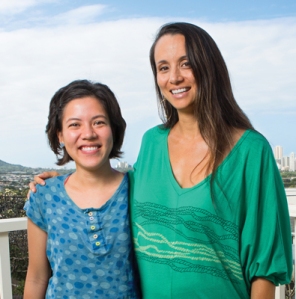 Today and next Thursday, The Value of Hawai‘i 2 editors Aiko Yamashiro and Noelani Goodyear-Ka‘opua will be back on Hawaii Public Radio‘s Town Square, broadcast live from 5–6 pm (HST), to discuss “Island Style and Youth Activism” with John “Prime” Hina, James Koshiba, and Lisa Grandinetti.

The Value of Hawai‘i 2 collaboration with Town Square and its host Beth-Ann Kozlovich involves a series of four panels that address how we all might work together to create a better Hawaiʻi and assess the issues of Pacific Islander immigration, spirituality in community building, and island-style activism among youths. Since its inception in 1999, Town Square has provided a lively forum for political, social, educational and cultural issues. Listeners are encouraged to join the discussion and provide their own insights.

Links to earlier shows can be found on the HPR website for June 26 (opening overview of contributors from the anthology)and July 3 (“Visions for Pacific Islander Immigrants as Part of Hawai‘i’s Present and Future” with contributors Innocenta Sound-Kikku and Kathy Jetnil-Kijiner and Palolo Pipeline Project’s Kat Lobendahn). The last show will be on July 24, where the editors and some of their authors will be discussing “The Role of Spirituality in Community Building”.

For more information about The Value of Hawai‘i 2: Ancestral Roots, Oceanic Visions, visit their website or on Facebook.

As part of the celebration to mark the 110th anniversary of the first Korean immigration to Hawai‘i, four Hawai‘i-based Korean American writers will read and discuss their work on Thursday, September 26, 7:00 p.m., at the Center for Korean Studies, UH Mānoa. Presenters with UH Press books include novelist Gary Pak (Brothers under a Same Sky; A Ricepaper Airplane; Children of a Fireland) and documentarian Roberta Chang (The Koreans in Hawai‘i: A Pictorial History; When the Korean World in Hawaii Was Young). The other two participants are award-winning author Chris McKinney and poet/fiction writer Brenda Kwon.

Related link: Listen to the Hawai‘i Public Radio interview with Gary Pak about his most recent book, Brothers under a Same Sky.

On September 28, National Public Radio’s Weekend Edition Saturday will broadcast journalist Heidi Chang‘s profile of Gabe Baltazar Jr. as a pioneering Asian American jazz artist. The piece draws from his UH Press book, If It Swings, It’s Music, and features in-person interviews with the legendary saxophonist and coauthor Theo Garneau, along with some of Baltazar’s musical highlights.

Weekend Edition Saturday is a two-hour program hosted by NPR’s Peabody Award-winning Scott Simon. Please check your local NPR-affiliate listings for air times. For those in Hawai‘i, the Weekend Edition show will be on HPR-2, starting at 5 a.m. HST (O‘ahu listeners can tune in to KIPO 89.3).

UPDATE: The story is archived on the NPR site for listening and viewing. Click here.

To hear more from Gabe, Hawai‘i Public Radio‘s The Conversation aired an interview by Chris Vandercook in August last year. 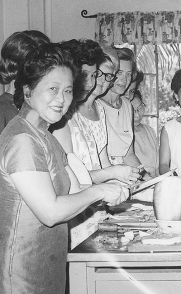 Fond memories of grandmother’s kitchen have been brought to life with the republication of Mary Sia’s Classic Chinese Cookbook earlier this year. Two of Mary Sia’s granddaughters, Laura Ing Baker and Louise Ing, will share bits of family history (some quite remarkable), while teaching a class tomorrow using a selection of popo‘s recipes. The CookSpace Hawaii class quickly sold out weeks ago but you can still listen to this morning’s HPR interview with Louise and Laura to celebrate the legacy of Mary Li Sia—hear a mouth-watering description of noodles with Hoisin sauce (find the recipe on page 164 of the cookbook) and match your memories of growing up in 1960s Honolulu with theirs. For another fun blast from the past, see the photo on this earlier post on the HI SPY tumblr blog.