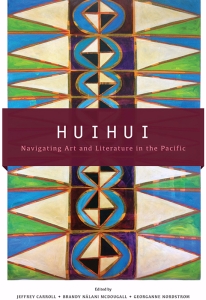 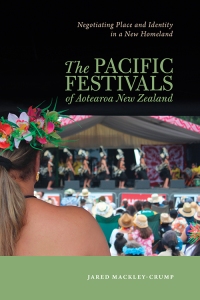 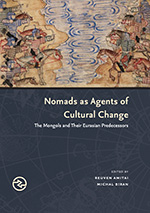 Sounding Out Heritage explores the cultural politics that have shaped the recent history and practice of a unique style of folk song that originated in Bắc Ninh province, northern Vietnam. The book delves into the rich and complicated history of quan họ, showing the changes it has undergone over the last sixty years as it moved from village practice onto the professional stage. Interweaving an examination of folk music, cultural nationalism, and cultural heritage with an in-depth ethnographic account of the changing social practice of quan họ folk song, author Lauren Meeker presents a vivid and historically contextualized picture of the quan họ “soundscape.”

Village practitioners, ordinary people who love to sing quan họ, must now negotiate increased attention from those outside the village and their own designation as “living treasures.” Professional singers, with their different performance styles and representational practices, have been incorporated into the quan họ soundscape in an effort to highlight and popularize the culture of Bắc Ninh province in the national context. Sounding Out Heritage offers an in-depth account of the impact of cultural politics on the lives and practices of quan họ folk singers in Vietnam and shows compellingly how a tradition can mean many things to many people.

This weekend, July 28 and 29, University of Hawai‘i at Mānoa Outreach College presents two performances of DAMIEN, the award-winning one-man play by Aldyth Morris. The riveting drama of Saint Damien’s life in Hawai‘i will be performed by actor Dann Seki and directed by Tim Slaughter. The entire playscript is included in Almost Heaven: On the Human and Divine (Mānoa 23:2), which will be available for sale at the performances. The 1980 edition of the play is still available by order from UH Press.

Act One opens with a chant, written originally in Hawaiian by a composer and hula master who contracted leprosy and died at the Kalaupapa settlement on Moloka‘i. “Song of the Chanter Ka-‘ehu” begins:

What will become of Hawai‘i?
What will leprosy do to our land—
disease of the despised, dreaded alike
by white or brown or darker-skinned?

Strange when a man’s neighors
become less than acquaintances.
Seeing me they drew away.
They moved to sit elsewhere, whispering,
and a friend pointed a finger:
“He is a leper.”

Asian theatre is usually studied from the perspective of the major traditions of China, Japan, India, and Indonesia. Now, in Communities of Imagination: Contemporary Southeast Asian Theatres, a wide-ranging look at the contemporary theatre scene in Southeast Asia, Catherine Diamond shows that performance in some of the lesser known theatre traditions offers a vivid and fascinating picture of the rapidly changing societies in the region. Diamond examines how traditional, modern, and contemporary dramatic works, with their interconnected styles, stories, and ideas, are being presented for local audiences. She not only places performances in their historical and cultural contexts but also connects them to the social, political, linguistic, and religious movements of the last two decades.

“Covering the multifaceted, multicultural, multination swathe of Southeast Asia, Communities of Imagination brings to light changes and theatre innovations over the last twenty-five years by focusing on issues of gender, censorship, and national identity. The book gains its strength by diving into actual productions the author has seen in major urban hubs. Diamond places the work in an informed frame, interviewing major theatre makers. Those interested in Southeast Asia will encounter the themes, innovations, and heated debates that theatre is uniquely suited to amplify, making this book an important contribution.” —Kathy Foley, editor, Asian Theatre Journal

As reported by our friends at the Manoa journal, last month’s world premiere of Oshiro Tatsuhiro’s The Cocktail Party was a great success. Shown here are the playwright (center) and cast. For more links with information about the performance and Oshiro Tatsuhiro, go to http://manoaokinawaissue.wordpress.com/.