Many of the characters and locations featured in Frank Chin‘s The Confessions of a Number One Son are based on the author’s experiences living on Maui over four decades ago. In 1969, Chin taught at San Francisco State, but decided to take a break from teaching and move to the island, where he worked as a carpenter with some old friends from Berkeley. Over time, Chin grew anxious to return to the mainland, but found that he couldn’t afford a plane ticket home.

As fate would have it, he learned of a playwriting contest sponsored by the East West Players, a showcase theater for Asian American actors in Los Angeles. The top prize was a thousand dollars. Over the course of several weeks, Chin wrote and submitted a play, and eventually found himself sharing the award with Momoko Iko—thereby earning half of the prize money, which was more than enough to buy a plane ticket back to California. That prize-winning play was The Chickencoop Chinaman and the rest, as they say, is history.

This August, forty-five years after Chin left Maui, editor Calvin McMillin decided to travel to the island to investigate the writer’s old haunts, especially those featured in the novel. He visited Wailuku, located at the mouth of ‘Iao Valley and near the landmarks of ‘Iao Needle and ‘Iao Stream (historically known as Wailuku stream). As Calvin reported after his trip, seeing the lush and beautiful natural environment in person added a new understanding of the novel’s Hawaiian backdrop. 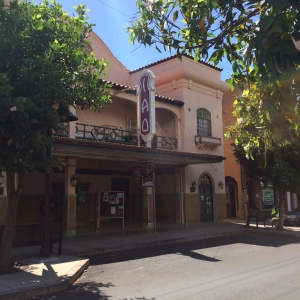 After visiting the historic Iao Theater, Calvin followed in Frank Chin’s footsteps (and more recently, those of Anthony Bourdain) by eating at Tasty Crust, an old-fashioned local diner in Wailuku, and concluded that the startling similarities between Tasty Crust’s breakfast menu and the main character’s diet in The Confessions of a Number One Son was unlikely to be just a coincidence.

“I ate in restaurants. Spam and eggs, canned Vienna sausage and eggs, canned corned beef hash and Portuguese linguica and eggs, and canned ham and eggs out of a typical greasy spoon for breakfast. The mass eats of the white missionary culture and U.S. military now a part of island culture. The wonders of canned processed meat—a part of life every morning—sealed up hunger with grease.” (page 43) 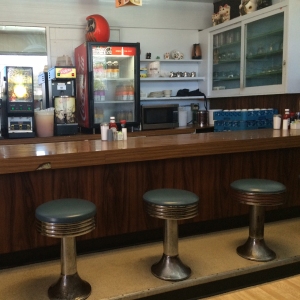 Calvin also visited many of the beach locations featured in the novel and drove to Lahaina’s Wo Hing Museum, which offers information about Chinese immigration to Maui in the nineteenth and early twentieth centuries.

To see more of Calvin McMillin’s trip to Maui, visit the official Facebook page for The Confessions of a Number One Son. You can also follow him on Twitter @roninonempty.